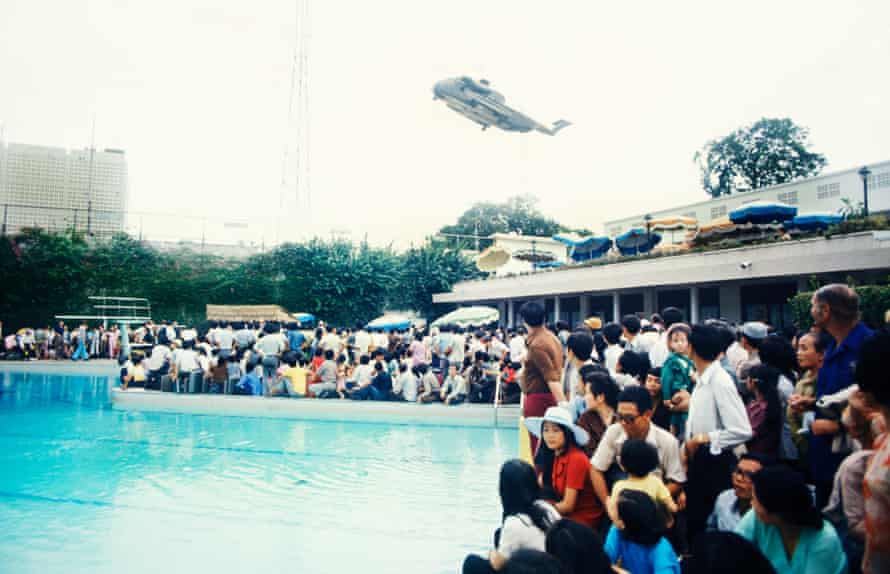 Tributes have been paid to Martin Woollacott, the Guardian’s former foreign correspondent and foreign editor, who has died at the age of 81.

Sir Max Hastings, the writer, journalist and broadcaster, was amongst those that praised Woollacott’s file and repute. “Martin was one of the greatest foreign correspondents of my generation, a man we all looked up to for his wit, shrewdness, companionship, literary fluency, judgment – and courage,” he mentioned.

Hours earlier than Saigon fell in April 1975, Hastings left on a helicopter out of the US embassy compound. “Martin stayed to report the North Vietnamese storming in,” he recalled.

Woollacott joined the Guardian in 1968 as a London-based reporter, and later lined the Vietnam struggle, the Lebanese civil struggle and the Iranian revolution. In 1985 he was appointed because the paper’s foreign editor, a task he held for six years.

From 1991 till his retirement in 2004, he was the Guardian’s chief worldwide affairs commentator, typically taking journeys to locations he was writing about. He acquired the James Cameron award for his reporting from Kurdistan within the aftermath of the primary Gulf struggle, considered one of a clutch of awards throughout his profession.

Following his official retirement, Woollacott continued to jot down articles, ebook critiques and leaders on foreign affairs. He wrote a ebook, After Suez – (*81*) within the American Century, printed in 2006.

Katharine Viner, the Guardian’s editor-in-chief, mentioned: “Martin was a proud Mancunian, a legendary reporter from Vietnam to Kurdistan, a great foreign editor and an authoritative foreign affairs commentator. He was a journalist of the highest standards and he was a big part of why so many around the world admire the Guardian.”

Chris Mullin, the writer and former Labour MP who knew Woollacott for nearly 50 years, mentioned: “Our paths first crossed as journalists reporting from Laos and Cambodia and later in Vietnam. I have known him both as a professional colleague and as a warm and generous friend. He was a first-rate reporter and a thoughtful commentator whose judgments were always balanced. I spent many happy hours in his company and I shall miss him greatly.”

According to Charles Glass, the writer, journalist and broadcaster, Woollacott’s writing and evaluation was notable for “the sheer rigour of thought, insight and integrity that made one see every issue in a new way. A great man, colleague, friend, husband and father.”

Paul Webster, the editor of the Observer and a former foreign editor of the Guardian, mentioned: “Martin combined qualities in a manner rarely seen among journalists. He had great intellectual power, and was deeply grounded in the disciplines of history and international relations.

“He wrote beautifully, from urgent news stories, to lucid analysis, to vivid colour dispatches. He was brave and resourceful and never afraid of putting himself in harm’s way in search of stories. He inspired great loyalty amongst his colleagues during his time as foreign editor, and in turn was utterly loyal to the values of the Guardian.

“And he helped make history: his dispatch from northern Iraq at the end of the first Gulf war, written after he and several colleagues had gone missing amid the mayhem of battle for a week, helped change the outcome of the conflict and protect the newly emerging Kurdistan region from the murderous terror of Saddam Hussein.”

Simon Tisdall, a former foreign editor of the Guardian and the Observer, mentioned Woollacott was “one of the very best”.

He mentioned: “Martin was formidable. As a foreign correspondent, notably in Vietnam, Iran, Israel and later in Iraq, as the Guardian’s foreign editor, and as an international affairs columnist and author, his intellectual acuity and incisiveness were matched by the power, fluency and occasional passion of his writing.”

Woollacott had been an “exacting and demanding boss who worked to the highest standards,” mentioned Tisdall. “Formidable, too, as a friend and mentor. Behind that apparently daunting persona was a kind, generous and often very funny man.

“Martin belonged to the great generation of British newspaper foreign correspondents who reported the cold war, the emergence of the post-colonial order, and the age of superpower. He described and explained it with insight, understanding and humanity.”

Woollacott is survived by his spouse, Mori, and daughter Katy.