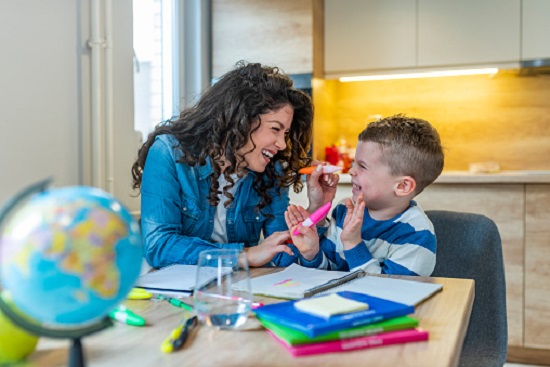 Dennis Wall is a doctor who started a software company to pursue a noble cause.

He is working to apply machine learning to the diagnosis of autism at an earlier age than is typically the case today.

Specifically, the first generation product is aimed at helping to diagnose autism at an earlier age. Dr. Wall has pioneered the use of machine learning and artificial intelligence for fast, quantitative and mobile detection of neurodevelopmental disorders in children, as well as the use of machine learning systems on wearable devices, such as Google Glass, for real-time “exclinical” (‘out of’ clinic) therapy.

He is in the top ten of the world’s top 30 autism researchers. He completed his PhD at the University of California, Berkeley and a National Science Foundation postdoctoral fellowship in Computational Genetics at Stanford University before joining the faculty at Harvard Medical School, where he taught from 2004 to 2014.

Autism spectrum disorder (ASD) diagnosis is a field that sees multiple challenges. A 2018 study published in Pediatrics found that the Developmental and Behavioral Pediatrics workforce is struggling to meet the demands for service, with many projected to retire in coming years. A 2016 study on PubMed.gov found that a two-year wait time from initial concerns to diagnosis of autism spectrum disorder was typical.  A 2017 study from the National Center for Biotechnology Information found disparities in access to diagnosis for ASD based on race.

The average age of a child diagnosed with autism is 4.5 years, Dr. Wall said in an interview with AI Trends. He founded the company to try to speed up access to the needed diagnostics services, and have them happen at an earlier age. When he was teaching at Harvard, he began looking at a machine learning analysis of data from children admitted to Boston Children’s Hospital.  He studied how the healthcare system was diagnosing children with autism. “I trained myself on the standard of care,” he said.

In that process, a behavioral observation by a trained clinician takes 45 to 60 minutes. The child goes through a specific set of activities using a box of toys. After that, the clinician hand scores the child on a range of behaviors; doctors refer to that to help make a diagnosis. “The number of kids who need to be seen far outnumber the number of available clinicians. And the opportunity for subjectivity to enter the equation is enormous. The system is set up for failure,” Dr. Wall said.

He had a better idea. “I thought these things can be fixed through machine-learning based prediction, with quantitative models that produce a distribution with levels of confidence,” he said.

The Cognoa app processes data from three questionnaires: from the pediatrician, the parents, and an autism specialist who watches two short videos of the child filmed by parents in the Cognoa app. The pediatrician receives a result from the AI program, which they use to help make a diagnosis.

“It can be done quickly and costs almost nothing more to get more ratings on the same child,” said Dr. Wall.

The AI and ML models within his tool are now being reviewed for approval by the Food and Drug Administration as a medical device. “It would be the first device ever approved by the FDA as a tool for autism,” Dr. Wall Said. So far, so good, with Cognoa’s app surpassing all the FDA benchmarks.

The approval means the diagnosis would be more likely to be reimbursed by medical insurance and thus more widely available. “That’s important to me,” Dr. Wall said, and it should be helpful to parents with lower income, who tend to have more difficulty accessing healthcare services.

He sees the AI as important to making this tool more accessible. “A key thing about the AI is that it is a democratized way of providing consistent access to healthcare,” he said.

As to when the FDA is expected to make a decision, Dr. Wall said, “I hope it will be soon, hopefully early in 2021.” In a recent account in Forbes, Cognoa CEO Dave Happel said he expected the device to be approved in the second half of 2021.

Cognoa did get Breakthrough Device designation status from the FDA in 2019, a program to speed development if the device is more effective in diagnosing “debilitating human disease or conditions.”

To get to the market, Dr. Wall hopes the tool will be used by pediatricians, who number 64,000 in the US. “It should be used in the primary care setting, because it will reach kids who are younger,” he said. “The goal is to bring down the age of diagnosis from 4.3 to two years of age,”

Cognoa is communicating with healthcare insurance companies to recognize the new diagnostics services.

Getting FDA approval is important to gaining trust in the app, especially from parents. “The field of AI in medicine is extremely new and delicate. There are going to be issues of trust and assurances around accuracy and privacy. The  FDA is grappling with this too, how to regulate machine learning and AI in a medical device tool that is making a recommendation.”

The market is expected to get more crowded. Cognoa has raised some $60 million since its founding in 2013. The market for autism products and services has received an infusion of capital, fueled by an increase in the number of children diagnosed with autism, and the passage of laws in 50 states that require insurance coverage to cover autism services, according to Ronit Molko, CEO of Empowering Synergy, a consultant on private equity investments in behavioral health companies, quoted in the Forbes article. More than 100 deals involving autism-related companies have recently been reached. “It’s like a feeding frenzy,” Molko stated.

The majority of autism companies are service providers that teach social, language, and behavioral skills, stated Molko, who cofounded one such business, Autism Spectrum Therapies, before selling it in 2014. Companies making diagnostic tools like Cognoa are rare, she said.

The potential of AI to cut down the waiting time for autism diagnoses would help children get services and be enormously helpful to parents. “The impact on life, and the family, and that individual child is huge,” she stated.

Read the source articles and information in Pediatrics, on PubMed.gov, from the National Center for Biotechnology Information and in Forbes.